3 Ways to Add Colonial Flavor to Your Private Event 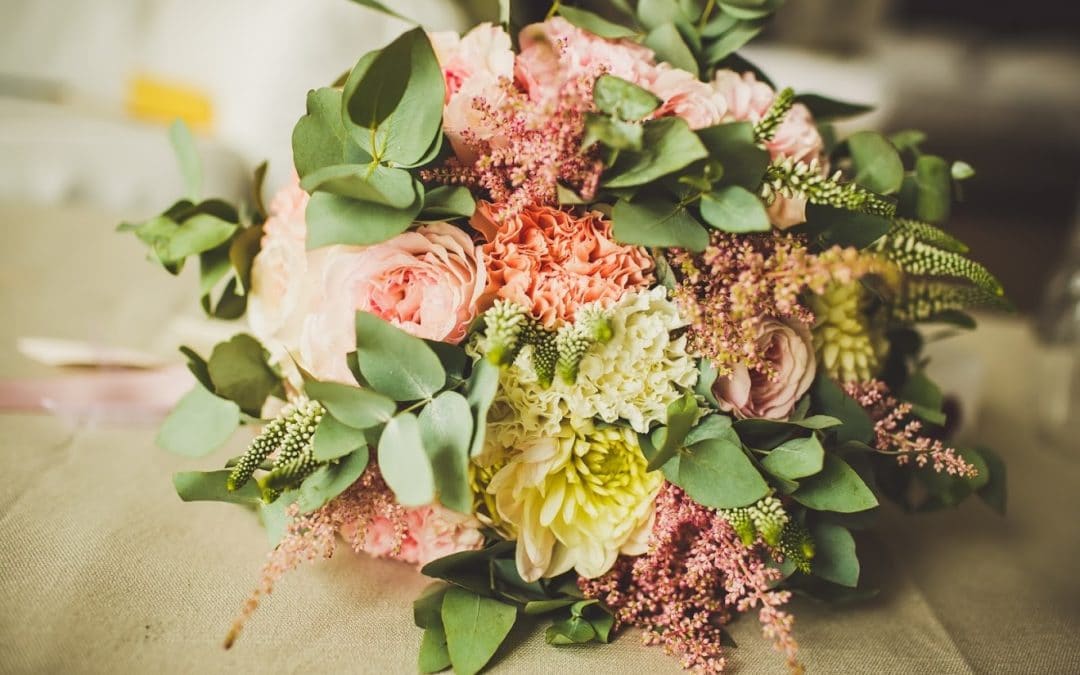 Beloved colonial-era venues are perfect settings for colonial-themed parties all year round. Add touches
of colonial American romance to your wedding reception, birthday party, or shower with these three kinds of
18th century accents.

During the Late Colonial period (1700 to 1780), floral centerpieces were dramatic and loaded with blooms
and greenery. Fan- or triangle-shaped arrangements of blooms were as tall as or taller than their containers.

Foliage was tucked along the rims of containers in colonial arrangements and often cascaded over the sides
of the vases or bowls. Flower blooms in white and muted shades of blue, rose, and yellow-orange were arranged
in single color schemes. A dominant bloom color was often used and filled in with a bloom of a contrasting
hue.

Modern florists source and arrange all of the above flowers today, so it’s easy to use the same blooms for
your colonial shindig. Adapt the colonial aesthetic to your event by creating smaller fan-shaped and
triangle-shaped table arrangements scaled for your event tables.

The cold winter months provided opportunities for weddings in colonial times because tasks and travel in
the trades and farm fields was slowed or stopped by the cold weather. This situation gave people time to
celebrate. Because of the season when they were held, wedding foods of the period were hearty and rustic.

For wedding cakes, serve two white-frosted spice cakes. Let the couple decide if they’ll follow colonial
tradition and serve only the groom’s cake. In colonial times, the bride’s cake was sometimes soaked in
alcohol to provide the couple with future anniversary treats.

At any time of year, food served at colonial events was in season or preserved in some way. For a modern
spring colonial wedding, include fresh greens, pickles, chutneys, berries, asparagus, potatoes, and other
veggies. Work with your venue or catering staff to create an authentic yet updated menu selection for your
guests.

The white wedding dress was not common in colonial marriage ceremonies. However, a colonial woman wore her
best dress to her wedding, and she often had a special dress made for the occasion. The dress fabrics ranged
in color from blue to mauve to brown to brighter prints. Gowns were worn by the new wife to future special
events.

Grooms wore their fanciest suits or military uniforms. Their outfits consisted of tunics, waistcoats, and
overcoats-sometimes with elaborate embroidery and buttons on the sleeves, collars, and tails. Knee-length
breeches and boots were worn to complete the outfit, although stockings and shoes were also worn by men with
their breeches.

The same fashions work for men and women hosting any sort of colonial-themed event today. Have a gown or
fancy suit of the colonial era custom-sewn, or rent colonial formal wear from a costume company for a true
colonial experience at your event.

Host your colonial-themed event at an authentic colonial landmark in Bethlehem, Pennsylvania, by contacting the private-events staff at Sun Inn today. Our 1758 Sun Inn is in the same structure that hosted George and Martha Washington, John Adams, and numerous other colonial dignitaries. We will work with you to create a memorable custom experience for you and your guests.