Update on Christmas City Spirits from the Morning Call 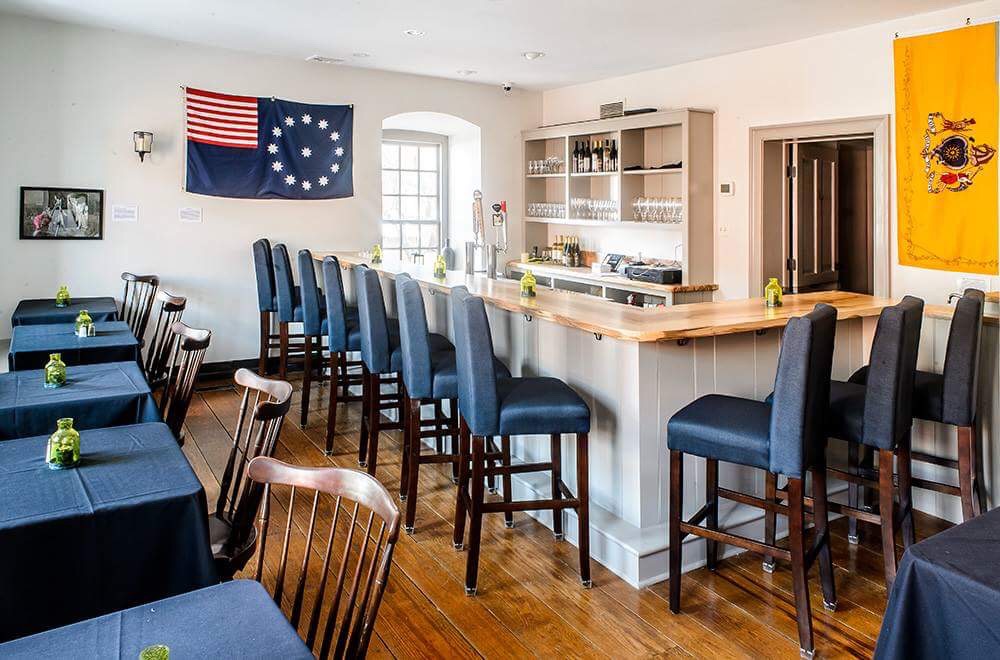 Christmas City Spirts is hard at work getting the distillery ready so we can all enjoy a new kind of spirits at the Sun Inn.

“We’d love to have it up and running for Christmas, but that’s just not the way it worked out,” Biggs said.

The 564 Main St. tavern, which opened at the 18th century landmark in December 2016, features a barroom and two dining rooms on the building’s second floor and another bar in the basement, known as the rathskellar.

The 1758 Sun Inn, owned and maintained by the Sun Inn Preservation Association, houses a museum on the main floor.

Tastings will be available at multiple locations throughout the tavern space, Biggs said.

“We’re working on a concept in our dining room to make it more friendly — a little more casual,” Biggs added. “We might have serving space out of the colonial cage bar, but that’s yet to be decided.”

Private tastings and other events will be held in the tavern’s rathskellar, which also is getting “a little revamp,” Biggs said.

“We want to use that as more of a specialty tasting room, so if we have a tasting event or something like that, we’ll be able to conduct it down there in a smaller, personal group setting,” Biggs explained.

Biggs operates the tavern with four partners, including executive chef Billy Gruenewald, who also runs The People’s Kitchen in Bethlehem.

Read the full article is here at the Morning Call.