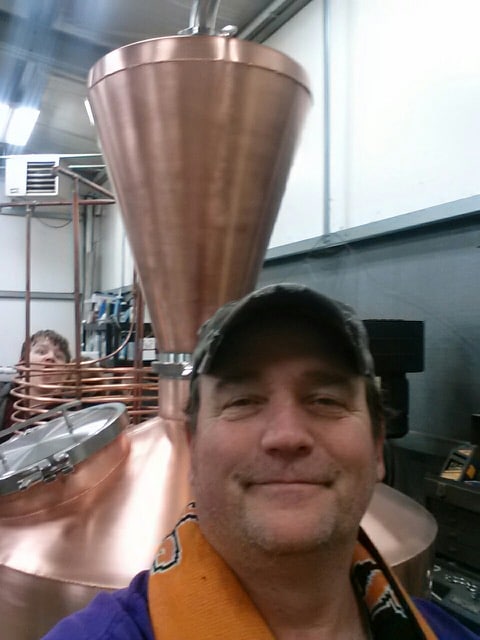 Here at Christmas City Spirits we are all about history and our distiller’s story is certainly no exception.

Stemming from a long family line of distilling in the Coal Region of Schuylkill County, Pa, “Woody” brings a rich history and knowledge of distilling passed down for several generations. His family history is something that few will ever be able to replicate in this art and his rather particular philosophies on the importance of ingredient sourcing and the use of “terroir” of the fruit/grain, yeast and processes sets him apart from most other distillers.

As story has been relayed to him by his Uncle Stosh, his great-great grandmother on his mother’s side left Europe for America as a midwife/nurse and she brought her knowledge of distillation for medicine and spirits with her on her journey. She passed her knowledge down to her daughter who continued to distill for medicinal purposes as well as starting to create drinking liquors. She was known for her production of rye based spirits, even including opium infused versions. There are many stories of her riding home with the Doctor and falling off the horse drawn carriage after “treating patients” with her tonic.

Passing away at the age of 40, she had thankfully taught her daughter (Woody’s Grandmother Mary) her art. In a coal-company-owned town where everything was owned by “the Company” she produced many different whiskies and brandies, but predominantly Rye whiskey, She sold these products to coal miners. This allowed her to pay for nursing school in Allentown in 1917. When the 1918 Spanish flu pandemic hit he treated all her patients without fear or hesitation. As told to Woody by her, she would soak her gauze mask in her rye whisky prior to entering into the quarantined areas and treat the patients purporting that the gauze masked soaked in her rye whiskey prevented her from getting sick. Continuing the production and selling of her spirits all through prohibition up until the beginning of the 50’s she passed on the knowledge to Woody’s Uncle Stosh.

In the 1970’s Woody’s summers were spent on his grandparent’s farm in Schuylkill County where he shadowed his uncle and learned a tremendous amount about farming fruit/grains, raising animals and the great lifecycle that was the working farm. He also remembers riding on his uncle’s motorcycle to local bars to drop off jugs of “water” which people always gave him money for.

After college in Japan, Woody got into brewing beer and wine after finding an old airlock given to him by his uncle. Seeing his new interest his uncle began sharing more detail of what he was actually doing on the farm. After a few shots, Woody learned that his uncle was making whiskies and brandies at their family grove next to the creek. He learned other family quips, like the time his grandmother blew up the kitchen running a batch in the 1950’s leading to a remodel in which the family got indoor plumbing for the first time. His uncle showed him the family still and began tutoring him in the art of distilling. He taught Woody the importance of water and ingredient selection and that not all grain/fruit is equal.

For the last 12 years, Woody has worked closely with farmers growing specific grains, selecting which fields they are grown in, proper natural fertilization, and propagating local yeast strains. He’s been creating a hyperlocal flavor profile that is what wine folk would call the “terroir” Lehigh Valley.