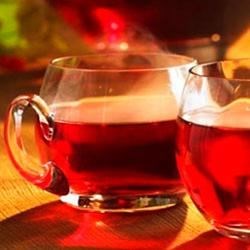 We’ve been fans of wassail (pronounced, wa sale) for a few years now since we made it for Christmas the first year our restaurant opened. Initially we made it because it is a very old traditional drink and we love history. It’s grown to become part of our Christmas traditions here at Tavern/Christmas City Spirits.

We have discovered it’s not something that has carried through as a tradition for most however as the first thing most people say when we tell them we made a traditional wassail is, “So what is wassail exactly???” Having said it a couple hundred times the last weekend for the cocktail trail, I’ve got it down pat in a one breath statement. Wassail is a traditional English spiced or mulled cider/ale beverage drank while people went wassailing. The next question is inevitably “So what’s Wassailing???” You may be more familiar with the term in the song title “Here We Go A-Wassailing”. It means caroling! So what’s more fun during the holidays then to drink a bunch of warming spiced hard cider as the cold air nips at your nose and go spread Christmas cheer by singing to random people?

I can attest to the joyous nature of this as our local rugby team has had a 40+ year tradition of having the Christmas Walking Tour off Bethlehem where you “get warmed up” and follow the same trail each year visiting local cheer inducing establishments and singing with all your heart every 15 mins for about 7 hours or as long as you can last.

Traditional wassail is actually very labor intensive requiring you to peel core and stuff apples with brown sugar then bake them for an hour them to create a beautiful syrup that flavors and sweetens the drink. This is just step 1. You then have to mull the hard cider and ale to create this yuletide intoxicating elixir.

Having produced our first spirits recently and starting bottle sales last week we wanted to add a twist to the classic and make it a bit more modern with the addition of vodka. Don’t worry! We still make the traditional recipe too! This recipe was such a hit during the Downtown Bethlehem Cocktail Trail this past weekend we had many people ask for the recipe so here it is…

In a large saucepan or pot, combine cider, cranberry juice, lemon juice, pineapple juice, orange slices, cloves, honey, cranberries and cinnamon sticks. Bring to a boil. Reduce the heat to a simmer; add nutmeg, ginger, and allspice. Simmer for 10 to 15 minutes, stirring occasionally.Let cool to about 170 degrees then add vodka and stir in. Garnish with an orange slice and mint leaf.

Enjoy this twist on this traditional Christmas drink and make your holidays extra merry.